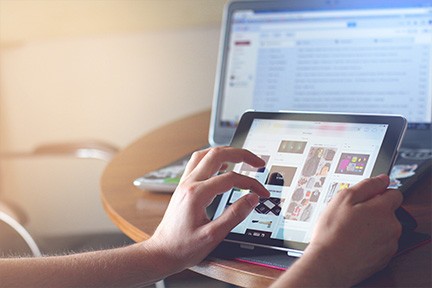 Recently Mark Zuckerberg announced Facebook’s new rebranding campaign. Henceforth, Facebook shall be known as “Meta,” short for “Metaverse,” which is the culmination of decades of augmented reality technology and digitized human relationships.

It is the integration of your cell phone and your smart car and your Alexa device and your home security system and your credit cards and your smart refrigerator and your Apple watch and all the searches you have ever made on Google. “Meta” is the singularity, where the knowledge of artificial intelligence eclipses the human capacity for information, and where we exist comfortably ensconced in the devices we have grown addicted to, for these devices know more about ourselves (and our consumptive patterns) than we do.

“Meta” means that the deployment of technological innovation will be projected onto the many screens we find ourselves in front of, and the many locations we frequent daily. “Meta” means we will be equipped through these devices to see the world more.

Here is “Meta” in practice: I am walking down the street. I see a black and white square known as a QR code. I take out my phone and take a picture of it. Instantly my phone transports me to a website that shows me a menu of a local restaurant, and then a map, and then a video of a cartoon panda bear on the sidewalk in front of me, leading the way. I have now slipped into the metaverse, and my life is a Slushie of real and digital optics that I can share on Snapchat, Facebook, TikTok, Instagram, or Twitter.

With enough likes, with enough popularity, I may never have to face the real world again. I can connect with other digital avatars and keep generating content as my physical needs are provided for. In that zeitgeist, I follow the cartoon panda on the sidewalk into the restaurant and pay for my meal with a fraction of Bitcoin - looking at my cell phone the entire time.

As many of you undoubtedly do, I struggle to understand “Meta.” We once lived in an age where people either existed in front of you, or not. Now people can physically be right next to you, but if they’re on a cell phone, with wireless headphones in their ears or smart glasses on their face, they could exist on a website in a different universe. They are in the “metaverse,” not cognizant of your presence at all. It’s terrifying to know that we humans are so powerful, our whims abetted by devices made with conflict minerals from far off places, and yet so disconnected from the immanent physical condition of our locale.

It reminds me of a story. As my grandmother’s dementia progressed, I took her to the movies once a week. We would choose a kids movie and often when my Grandma forgot the main characters I would say, “That’s the good guy,” or “That’s the bad guy,” to help her follow the plot. Before moving to Lebanon, PA, I took her to a movie called Ready Player One, about a boy who needed to go into the digital metaverse in order to save the internet. My grandma was so perplexed by the distinction between the digital world and the real world that after watching the movie for a half hour she turned to me and said, “Sam, I have no idea what’s happening. Who are these people? What type of movie is this?”

I felt an instant sadness in me. I felt sad because this movie was confusing - it was hard to see where reality began and where the “Metaverse” ended. I felt sad because, with her dementia, my grandma was struggling to understand a world beyond her comprehension. And I felt sad because I knew that, ultimately, this technology would spare no one from the consequences of a disingenuous world. “Grandma,” I said tenderly, “Let’s leave this movie and go for a walk outside. We don’t have to sit in the theater watching this confusing movie.”

My Grandma reached out for my hand and held it tightly, “It’s so nice to sit together. Let’s stay, I don’t need to know what’s going on.” And that’s what we did for the rest of the movie. We sat there and ate popcorn. We held each other’s hand and knew, deep down, that this great and mighty technology of blurred reality, of Virtual Reality headsets, of QR codes, of smart glasses and refrigerators and cars with computer screens built in them would one day come for us, too.

It wouldn’t turn us into violent and malevolent perpetrators, but it would make us confused as to what exactly is happening in the real world. It would remove from our eyes all of the people who could not afford these expensive new technological devices. It would generate a veil so thick that we could lose the ability of “witnessing,” that Judaism exhorts you to do. And that may be just as bad as becoming an avatar of a zombie floating around the “Metaverse.”

When it comes to technology, there’s a story from the Talmud that I reflect on to give me direction. Once upon a time, Rabbi Shimon Bar Yochai and his son were forced to hide from the Romans who wanted to kill them. Rashbi (Rabbi Shimon Bar Yochai), was caught denigrating the Roman innovations of roads, aqueducts, marketplaces, bathhouses, and courtrooms. Word got back to the Roman government, and so Rashbi and his son fled to hide in a cave for twelve long years, subsisting on the fruit of a carob tree and learning the Zohar from Prophet Elijah.

Once the Roman Governor had passed away, Rashbi left the cave, where he saw people working with farm tools! Enraged, his eyes flared up and he burned everywhere he looked with lasers shooting out from his eyes. Just then, God’s voice boomed down from the heavens, “Have you come out of the cave to destroy my world?! Go back to the cave.” And so, Rashbi endured another year of solitary confinement with his son because he couldn’t get on board with the latest technology, back then it was aqueducts and farm tools.

After crying out to heaven and finally receiving permission to leave the cave, Rashbi sees two birds caught by a trapper. One of the birds wrests itself free, and the other stays trapped.

Rashbi announces, “If this bird is freed by the decree of heaven, so too as with humankind. Why must we hide from the world?” Rashbi is giving us a message about our own technology, and those who will be trapped by it.

As I meditate on the entanglements of “Meta,” and especially the newest suite of technology designed to modify our perception of reality, I am drawn to two very strong and dialectic opinions. One, why would we Jews, to whom truth is so precious, be so eager to augment the reality that God has given us with devices made of conflict minerals? And two, how could we, without hiding in a cave like Rashbi, protect ourselves from the deleterious effect of the computerization of relationships? How could we sit in a movie like my grandma, and focus not on the crazy plot and storyline, but the person next to us, who wants nothing else than to be seen and validated with love.

For all of the beautiful, Godly, and meaningful I-Thou relationships I have had with other people, I am still waiting to have one in the “Metaverse.” I’m not saying it will never happen, and I am not insisting that Jews should unilaterally oppose the forward march of technological progress, but I do believe that God cares more about how we treat strangers, orphans, and widows in our midst than how sparkly our cat-ears are when we choose the right photo-edited filter. I know how seductive these worlds can be, and how overwhelming human desire can feel, and so I pray.

When we enter the Metaverse, as we eventually will, I pray that we foster compassion, empathy, sympathy, and a deeper connection with each other. But most importantly, I pray that we don’t mistake ourselves for gods, when serving our one true God.

Blessed are you, Hashem, God of the universe, whose dominion extends even into the “Metaverse.”